The African sea eagle, is a large species of eagle found throughout sub-Saharan Africa wherever large bodies of open water with an abundant food supply occur. It had a wingspan of about 7'. The African fish eagle feeds mainly on fish, which it swoops down upon from a perch in a tree, snatching the prey from the water with its large, clawed talons. It also feeds on birds, especially waterbirds such as ducks, greater and lesser flamingos. Other preys include small turtles and terrapins, baby crocodiles, nile monitors. 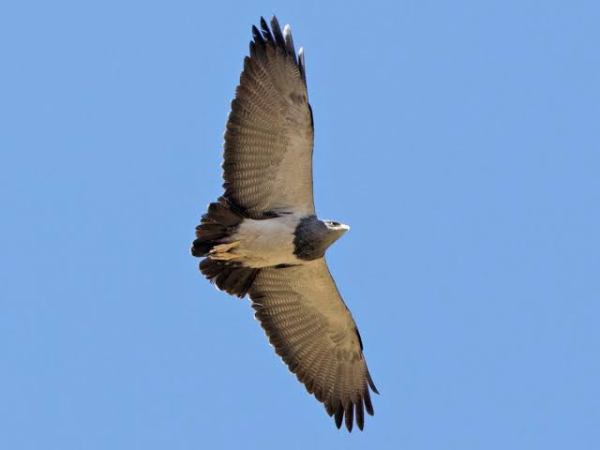 The Chilean Blue  Eagle is a bird of prey of the hawk and eagle family Accipitridae. It lives in open regions of South America. The food of this carnivore consists mainly of mid-sized mammals. . It may compete for carrion with the much larger Andean condor. It is found in mountainous or hilly terrain with sparse vegetation, shrubland or (in the south of its range) Nothofagus forest.

The Indian boar, also known as the Andamanese pig or Moupin pig, is a subspecies of wild boar native to Indian subcontinent. The Indian boar differs from its European counterpart by its large mane which runs in a crest along its back from its head to lower body, larger, more sharply featured and straighter skull, its smaller, sharper ears and overall lighter build. 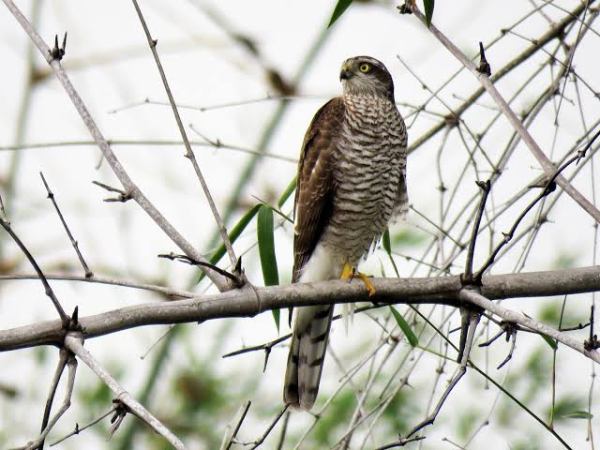 The Eurasian sparrowhawk, also known as the northern sparrowhawk or simply the sparrowhawk, is a small bird of prey in the family Accipitridae. Males tend to take smaller birds, including tits, finches, and sparrows; females catch primarily thrushes and starlings.

The black-and-white hawk-eagle is a bird of prey species in the  eagle family. It is found throughout a large part of tropical America, from southern Mexico to northern Argentina. The food of this carnivore consists of mammals, toads, squamates and in particular a wide variety of birds. Its natural habitats are lowland forests of any type, though very dense and humid as well as savanna-like semiarid habitat are not preferred. 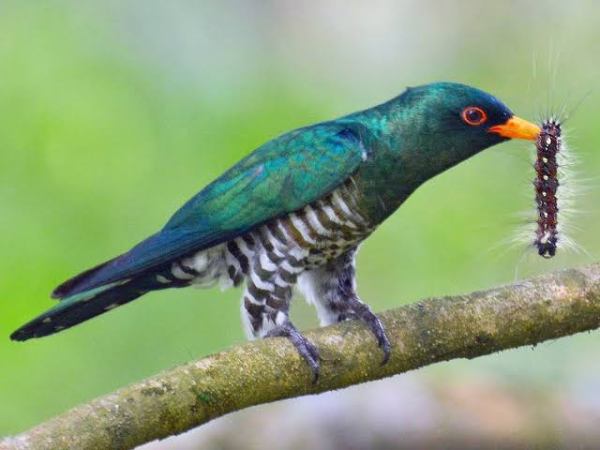 Tinamous form an order of birds called Tinamiformes, comprising a single family called Tinamidae. These are shy and secretive birds. They are active during the day, retiring to roosts at night. Tinamous are known to lay eggs that range from bright blue green, to chocolate brown, violet and light pink colors, most of which have a glossy appearanc.

The Himalayan monal, also known as the Impeyan monal, is a member of the Phasianidae. The Himalayan monal's native range extends all the way from Afghanistan & Pakistan through the Himalayas in India, Nepal,  Tibet and Bhutan.  It is preyed upon by large birds of prey, and snow leopards. It is the national bird of Nepal.

The tiger is the largest living cat species and a member of the genus Panthera. It is the only big cat that likes water. Tigers may kill or even prey on competitors such as leopards, dholes, striped hyenas, wolves, bears, pythons, and mugger crocodiles on occasion. Crocodiles, bears, and large packs of dholes may win conflicts with tigers, and crocodiles and bears can even kill them. Major threats to the tiger include habitat destruction, habitat fragmentation and poaching for fur and body parts, which have simultaneously greatly reduced tiger populations in the wild.